There are two kinds of people in this world: people who love Twitter and people who love to hate Twitter; there seems to be very little room in between. Unlike the coach of my favorite NFL team, I fall into the first category; although at first I wasn’t quite sure what to do with it. Being confused and uncertain is a common experience among first time Twitter users. 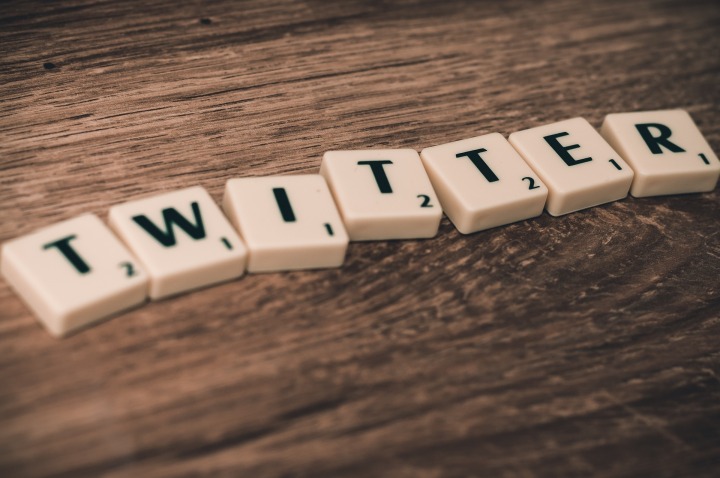 I first signed up for Twitter six years ago — on November 19, 2008 — in the computer lab of the DeVry University in Bakersfield, California (where I had been teaching classes earlier that day). I quickly found it suited my stream of consciousness style of thinking and need for newly acquired knowledge.

I have since found Twitter to be a transformational and transactional social media tool. I’ve used it to network personally and professionally, curate content for courses I’ve created and/or taught, and even credit Twitter for helping me get a teaching position with UCLA Extension.

My most unique Twitter experience involved Matthew Gilbert — not me, but the the TV critic for the Boston Globe. One day while teaching a class at UC Santa Barbara I received an email from him. He asked that since I had control over, but was not using @MatthewGilbert, would I be so kind as to let him use it.

I actually knew of him and over time had been confused for him. One particularly entertaining moment of confused identity was when I was recording my appearance on the short-lived CBS game show “Winning Lines.” The producers were running scared because, since I was born in Boston and we had the same name, they assumed I was the “other” Matthew Gilbert and that I had somehow infiltrated the show to “scoop” it before it aired!

In any case, I only briefly thought about his request and then decided to let him use the Twitter account; how could I deny my namesake? Besides, in an effort to personally brand myself, I always use my middle initial — A — because there are quite a large number of “other other” Matthew Gilbert’s!

In response he posted a very cordial tweet (from the new account). From time to time we tweet each other and, more recently, he acquired the domain http://www.matthewgilbert.com from me top promote his new book: Off the Leash. 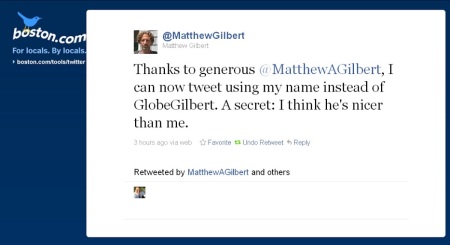 So, in six short years on Twitter I not only found my way to new professional and personal opportunities, but I found myself (well, sort of). Thank you for a superb six years, Twitter — I look forward to the next six with enthusiasm and excitement!