On March 5th of this year I posted photos I took while traversing the Grapevine portion of Interstate 5 in California on the morning of January 23, 2008 to the DeVry University Center in Bakersfield where I have been teaching since October 2007.

As I mentioned, due to the snow that began to fall that morning, as of 3 p.m. that day the California Highway Patrol (CHP) decided to close the 5 between Castaic and the base of the Grapevine and it remained closed through a good portion of the following day.

Due to my teaching schedule at DeVry I had already planned to stay over in Bakersfield that night, but the continued closure of the 5 the following day, Thursday, January 24, 2008, necessitated my taking the “long way” home on Higway 58 East through Tehachapi to the 14 Freeway South.

This was  a route which, at that time, I was driving on Monday afternoons to get to a class I was teaching in Palmdale once I finished my classes in Bakersfield. From the 14 South I made my way to Interstate 5 North and home to Santa Clarita (though this post does not include photos of that leg of the journey).

With Southern California currently sweltering under a relentless heatwave, today seemed like a perfect time to share some photos I took of that snowbound adventure.

Note that the photos below were taken roughly between 2 p.m. and 3 p.m. and are only from the portion of the trip on Highway 58 and do not include much less interesting shots I took while driving south on the 14.

Although it was not heavily snowing, though there was an intermittent dusting. Overall it was an enjoyable drive and was especially interesting once I got to the portion of the highway where the windmills are visible.

Hopefully the photos of this trip will provide some kind of relief for those of you who are now contending with temperatures in the 90s and 100s. 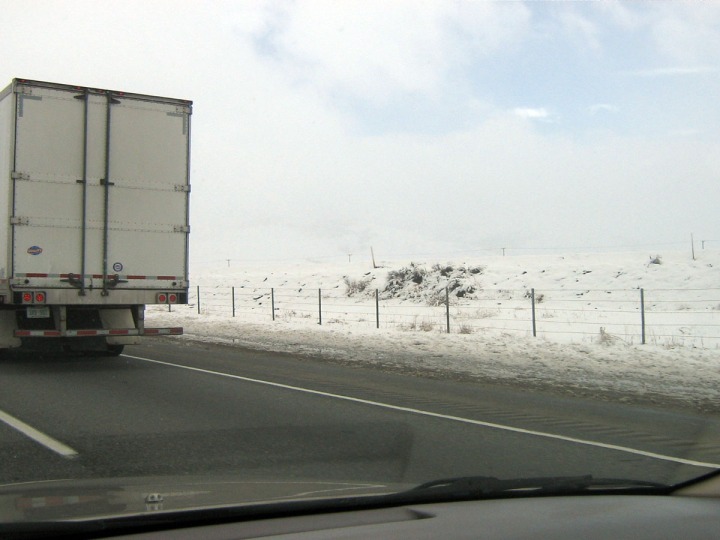 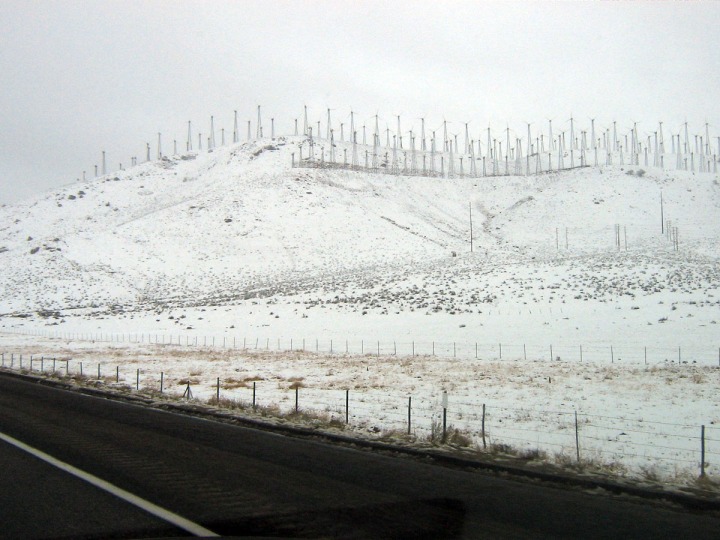 “What I really want to do is direct.” — the Signboard in L.A. Story.

Just like the Signboard in the movie LA Story, homes in Los Angeles also dream of being on television or in the movies. On Friday, March 7, 2008, my home lived this fantasy when part of a commercial for the 2009 Dodge Journey was filmed in my driveway and the street on which my house is located.

The shooting itself took approximately 4 hours — beginning at 7 a.m. and continuing until roughly 11 a.m. The 40 to 50 person  crew was exceptionally efficient and respectful. Had I woken up at noon I would have never even known a commercial had been filmed in front of my home! 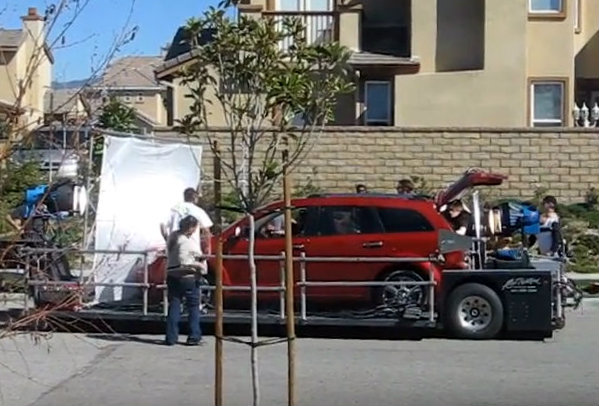 Overall it was a positive experience for me and is one I would gladly repeat if asked again to have a commercial filmed at my home. Aside from the uniqueness of the experience (not to mention the $1,500 check the production company gave me), I was appreciate that this event gives me something to discuss in my marketing classes.

The location scout obtained some items that were used to develop the commercial including stroryboards, photos of the car, and even an azimuth bearing chart showing the projected location of the sun on the day of the filming! I will integrate these into my courses as they offer a “real world” framework to help my students better understand the world of advertising.

The commercial was part of Chrysler’s new “If you can dream it, do it” ad campaign which launched on Tuesday, April 8, 2008. One of the largest digital launch strategies in Chrysler LLC history, the campaign showcases the 2009 Dodge Journey’s unique combination of innovative features, versatility and flexibility all available at a great value that can help turn dreams into reality.

The television part of the campaign debuted two general market television ads and two multicultural spots: one targeted at African-Americans and the other for Hispanics. The African-American spots will air on BET, the NBA Playoffs, “Girlfriends” and “Everybody Hates Chris.” Hispanic ads will appear on Telemundo, Univision and Galavision.

The general market spots feature the world’s longest water slide, animated people, a man climbing the ladder of success, and a woman who meets her ideal man after winning over his dog. A third general market spot stars members of the U.S. Women’s National Soccer Team.

One of these spots, “Shaft,” which targets the African American market, was what was filmed (in part) at my Santa Clarita, CA home. Perhaps an unintentional reference to the “Shaft” movies — ironic, given the target audience of the commercial — the title references the main character “moving up” in life (as if in an elevator shaft), a concept illustrated during the transitions between the three parts of the commercial.

The 30-second spot opens on a man, dressed casually, walking up to his new Dodge Journey parked in front of his modest apartment. As he gets in, the viewer sees the Journey’s interior space and features like Flip ‘n Stow in-seat storage.

As he drives through his neighborhood, the viewer sees the middle part of the frame lift up and doors appear, closing like an elevator until the next scene. The viewer then sees the same driver dressed a bit more professionally, leaving his nicer downtown condo. As before, the middle part of the frame lifts up and doors appear, again closing like an elevator.

In the next scene, the man is driving through a more suburban neighborhood where he pulls up in front of his house. The voiceover says, “The higher you go, the sweeter the journey. Introducing the new crossover that’s ready for anything.” My home is in the very last shot of the ad — the car is parked in my driveway!

The full ad is viewable below via YouTube; you only see the driveway and garage door of my home where the car is parked during the closing seconds of the commercial:

And remember: if you can dream it, do it!